Which Way Scottsdale: Scottsdale 2.0, The Next Version 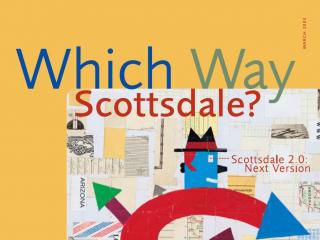 From the 1950s onward, Scottsdale combined upscale resorts, an outstanding arts and culture scene, and a spectacular natural setting to create a cachet that few other cities anywhere in the nation could match. So powerful was the Scottsdale name that the city focused on competing nationally with other brandname towns, rather than operating within the context of metropolitan Phoenix. To borrow a phrase from the software world, "Scottsdale 1.0" was a great success. But the shelf life of great places is getting shorter, and now it’s time to start working on "Scottsdale 2.0," which will necessarily be a very different place than Scottsdale 1.0.