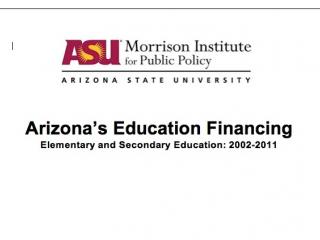 Arizona has grown rapidly over the years and our education system has grown in step with the population. But increasing the total budget for education doesn’t mean that we have directed more resources to each student.

The numbers show that Arizona has one of the lowest per-pupil funding rates in the country. Parties of one faction or another argue endlessly about which numbers to use in comparing Arizona to other states, or even whether such comparisons are possible. What is indisputable is that Arizona ranks in the bottom tier of states in both education spending and in student achievement and that we have made substantial cuts in our funding of both K-12 and higher education since the beginning of the Great Recession.