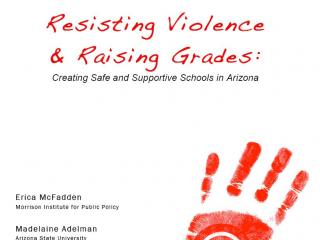 Bullying and violence in K-12 schools have been in the policy spotlight in Arizona for almost a decade. However, current indicators and recent traumatic events show that a range of anti-social behaviors on school campuses remain a major threat to student well-being and learning. This briefing, distributed at an April 2 panel discussion on bullying and safe school environments, focuses on such issues.