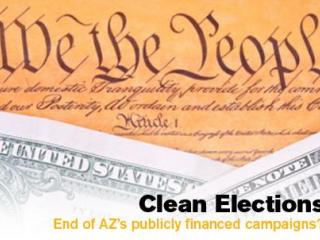 Historically, the prominence of affluent groups and individuals among the contributors to state political campaigns has given rise to fear of a government of “checkbook democracy,” in which successful lawmakers are obligated to those who contribute large sums of money.

To reduce wealth’s influence, level the playing field, and address several other problems related to campaign finance, approximately a third of states have instituted some type of public financing program for political candidates. Arizona was the second state in the nation, following Maine, to adopt a clean elections program.