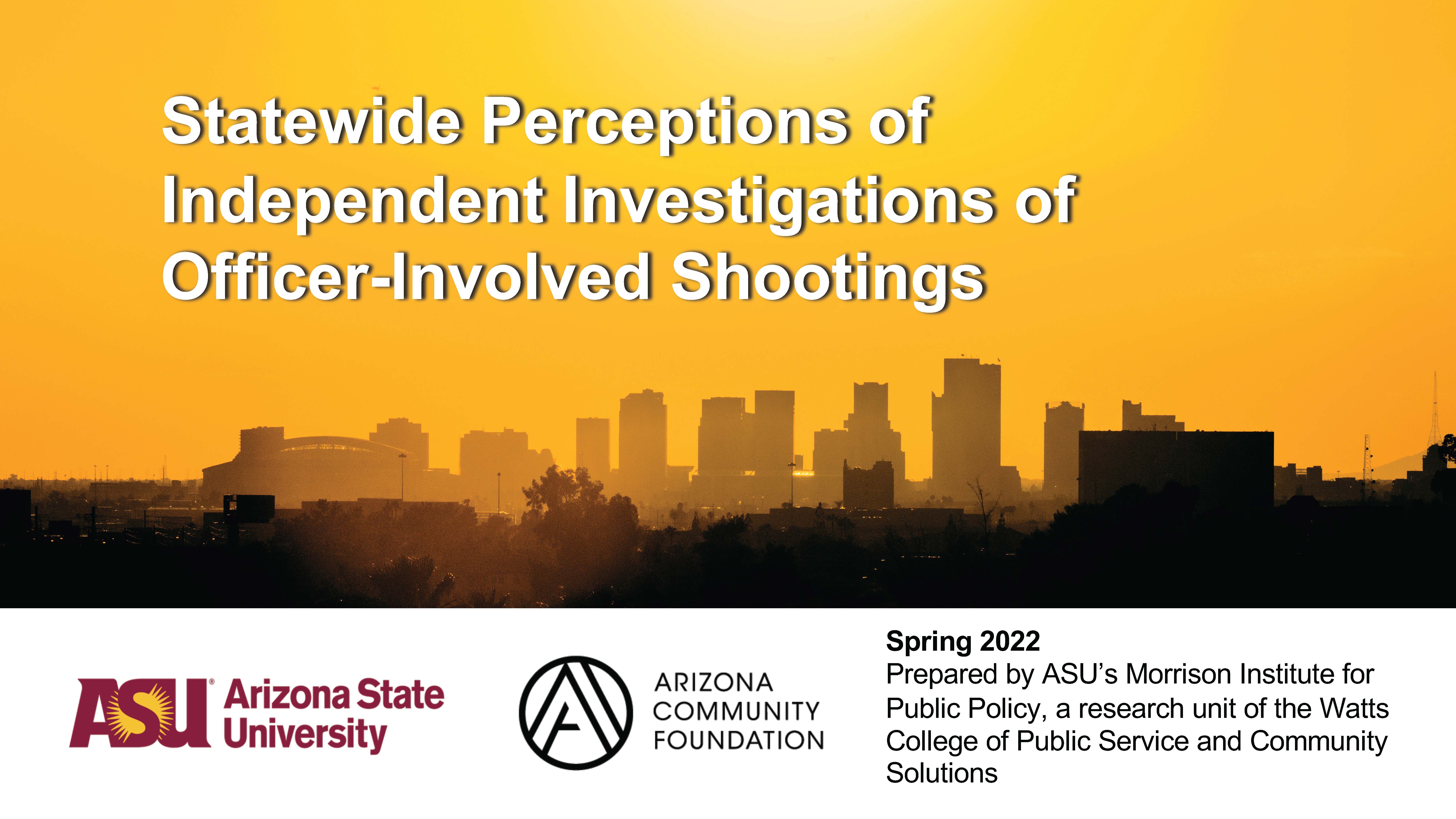 To help policymakers understand statewide perceptions of officer-involved shooting investigations, attitudes toward potential reforms, and support for funding of an independent investigatory agency, a multi-modal survey was conducted of Arizona residents.

This survey was funded by the Arizona Community Foundation.

The results of the survey are available here.