Arizona Redistricting: A Perspective on the Process 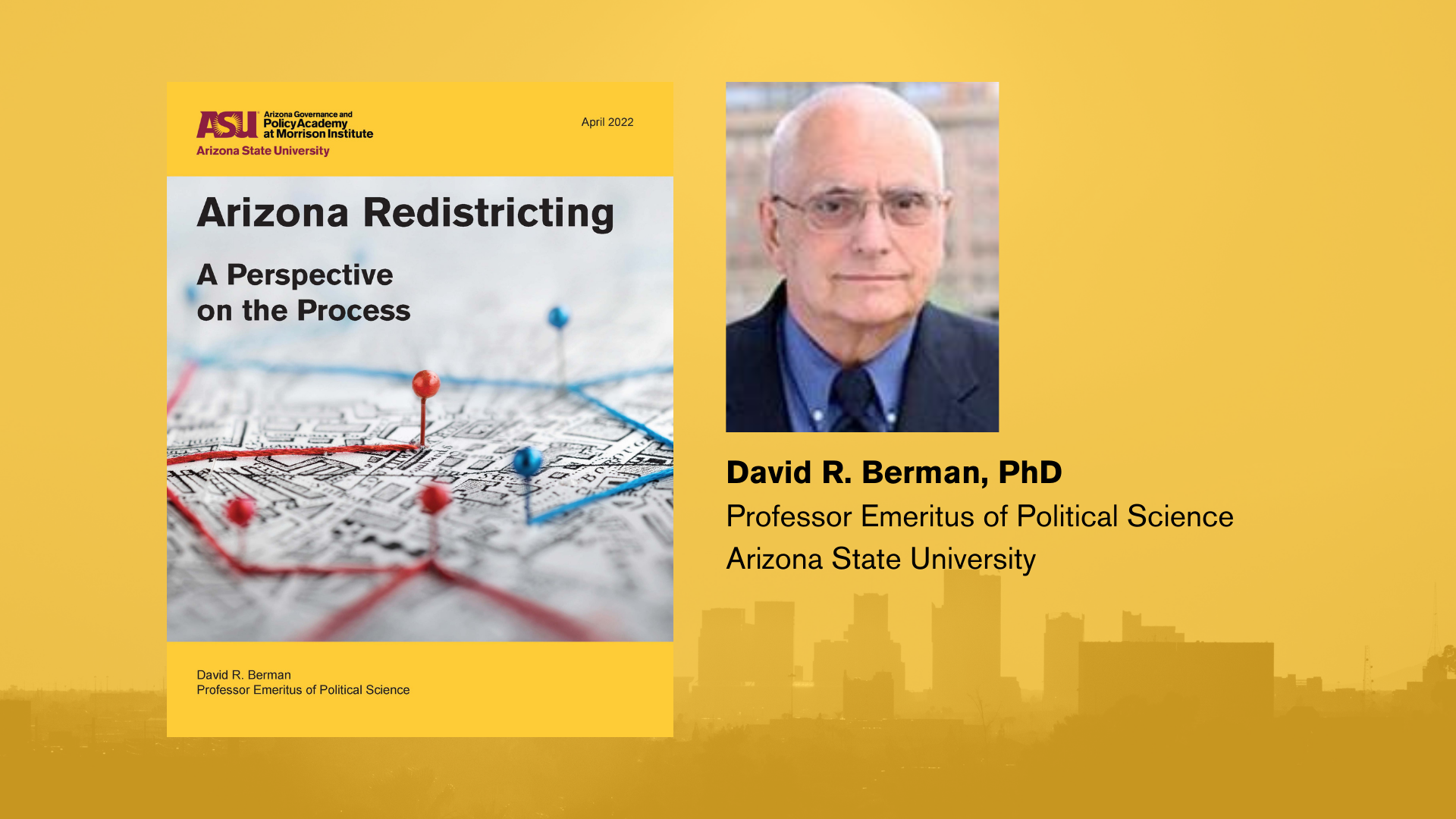 This commentary focuses on the performance of the five-member Arizona Independent Redistricting Commission (AIRC), which has had responsibility for undertaking the task of developing congressional and legislative districts in the state three times — in 2001, 2011 and 2021 — since the voters created it in 2000.

Dr. David Berman, professor emeritus of political science, looks at the commission’s creation, legal matters concerning its operation and the criteria used in making mapping decisions, how it has done its job the three times it has operated, what we have learned from this activity, and what might improve the process.

The basic argument is that while the system is an improvement over the one controlled by the Legislature, partisan politics is still very much involved in the commission’s work, and some reforms may well be needed.