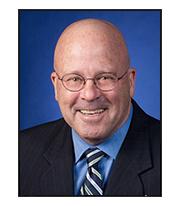 Richard N. Morrison co-founded Morrison Institute for Public Policy in 1982 through a grant from parents Marvin and June Morrison. The Gilbert family saw the state’s growing need for objective research on public policy issues. He is an attorney with Salmon, Lewis & Weldon, PLC in Phoenix. He has served on the boards of the National Advisory Council on Rural Development for the U.S. Department of Agriculture, the Maricopa County Pollution Control Corporation and the American Agricultural Law Association. He is a longstanding member of the American Bar Association. He also has served on the boards of organizations such as the Arizona Town Hall, Claremont School of Theology, Desert Botanical Gardens, Mesa Chamber of Commerce, Baseline Rotary Club of Mesa, Commission of Excellence for Maricopa Community Colleges and the East Valley Partnership.

He is a former Navy fighter pilot, a lawyer, a philanthropist, a businessman and a priest in the Episcopal Church. He also is involved in Arizona’s agribusiness industry as a farmer, rancher, dairyman and trustee for agricultural foundations. He was bestowed an honorary degree by the University of Arizona at its 2011 Spring Commencement Ceremony, awarded a doctor of humane letters from the UA College of Agriculture and Life Sciences for his contributions to natural resources leadership, resolution of Indian water rights claims and the management and conservation of natural resources. He and wife Elaine Morrison were recognized with honorary degrees by Northern Arizona University in Spring 2015 for their continued commitment to leadership, education and community.

He graduated from NAU with honors and first in his class with a degree in business in 1970, being recognized as the Outstanding Management Senior. He earned a master of arts in values from San Francisco Theological Seminary, and a doctor of jurisprudence from the University of Houston.