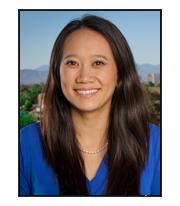 Pearl Chang Esau is a non-profit executive, education & public policy expert, and advocate for greater opportunity for all. Beginning her career as a 5th grade teacher of English Language Learners in east Los Angeles and as a first generation Chinese American, Pearl believes that access to an excellent education is transformational for individuals, families and communities. Deeply committed to improving life prospects for all, regardless of socioeconomic status, ethnicity or disability, Pearl champions educators, students and disadvantaged populations so that they can reach their full potential.

Over the last decade, Pearl held the chief executive roles for the education non-profits Teach For America Phoenix and Expect More Arizona, helping to establish education as the #1 priority for Arizona voters and raising over $40 million from public and private sources. Under her leadership, Expect More Arizona became a leading voice on education issues and played an integral role in raising expectations for Arizona students and the passage of Proposition 123, which resulted in $3.5 billion for K-12 public schools.

Passionate about collaboration, Pearl has been instrumental in the start-up of several cross-sector initiatives such as the Sanford Inspire Project at ASU, Arizona Aims Higher, the Arizona Education Progress Meter and Achieve60AZ. Pearl currently serves as a board member for Teach For America Phoenix, ASU’s Morrison Institute for Public Policy, Southwest Autism Research and Resource Center, and in 2016 was appointed by the governor as an Arizona education commissioner.

Pearl holds degrees in Communications, Public Policy, Spanish, and elementary teaching credentials from University of California Los Angeles. She is married to Mac, a public-school principal and has three young children.