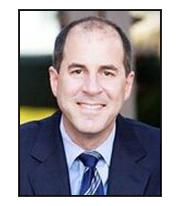 Paul Hickman, former longtime aide to late Senator John McCain, took over as President and CEO of the Arizona Bankers Association the day after the general election in 2010.  In that capacity Paul oversees the state and federal government relations operations of the Association, and acts as the chief spokesman for the industry in Arizona.

Before joining the Arizona Bankers Association Paul was on various staffs of Senator John McCain.  He was McCain’s Legislative Assistant chiefly responsible for health care and welfare legislation in the late nineties.  He acted as his Deputy Policy Director on the Senator’s 2000 presidential campaign and was his Policy Director on his 2010 U.S. Senate re-election campaign.  From 2003 to 2010 Paul was Senator McCain’s State Director, running his Arizona offices and acting as his chief political representative in the state during that time.

Immediately before joining the Bankers Association, Paul also acted as the Director of the Republican National Committee’s Arizona Victory campaign, working to elect Republicans to the 112th Congress.  A testament to his efforts were three new freshmen U.S. House members from Arizona and two defeated Democratic incumbents.

Paul holds a Bachelors of Science in Political Science, a Bachelors of Arts in History, and a law degree -- all from Arizona State University.  Paul and his wife -- and their four children -- live in Phoenix.