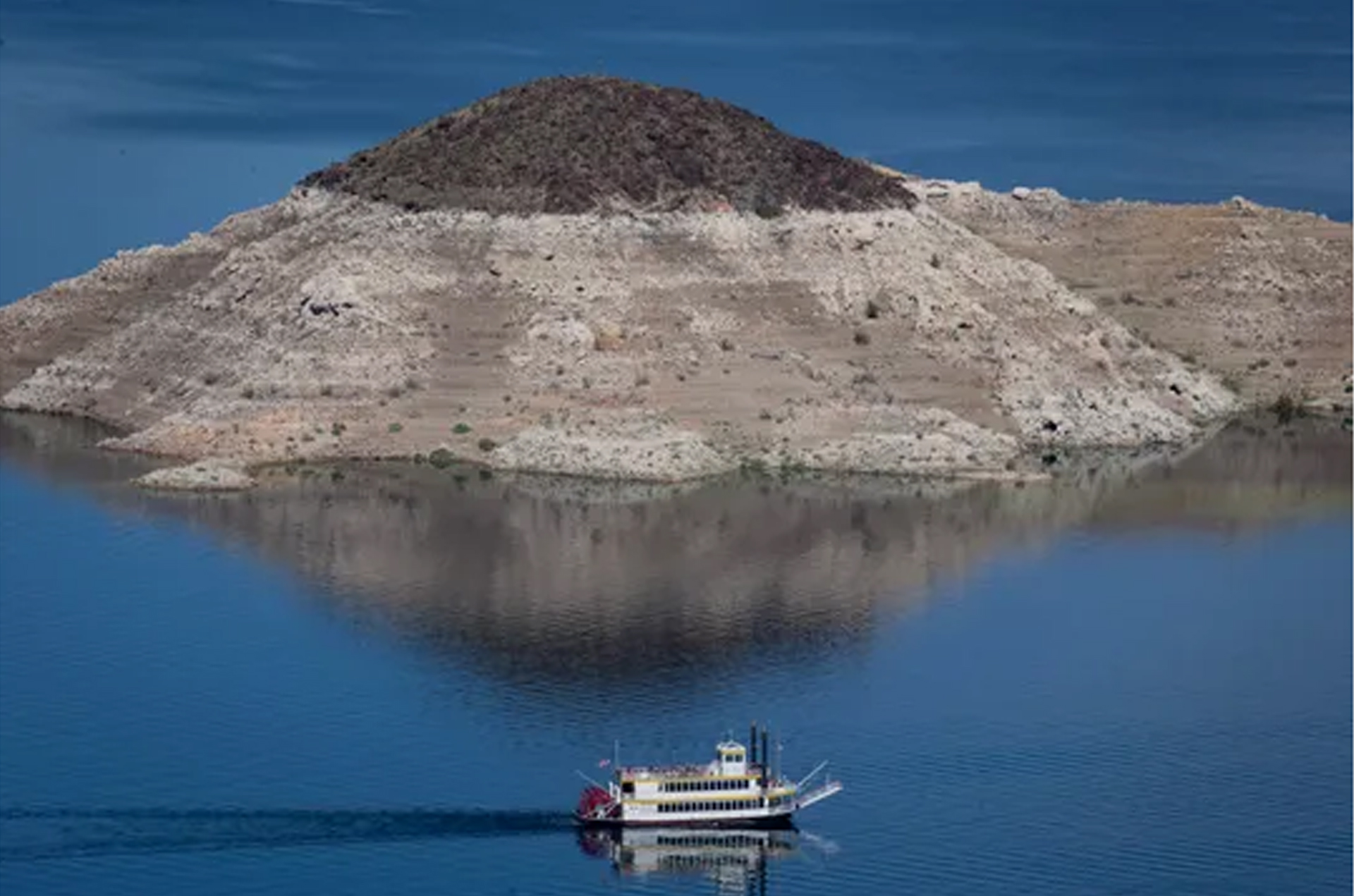 The Arizona Republic reported that Arizona, Nevada and Mexico will be required to take less water from the Colorado River for the first time next year under a set of agreements that aim to keep enough water in Lake Mead to reduce the risk of a crash.

The federal Bureau of Reclamation activated the mandatory reductions in water deliveries when it released projections showing that as of Jan. 1, the level of Lake Mead will sit just below a threshold that triggers the cuts.

Arizona has already been effectively operating as if it were in Tier Zero for several years, said Sarah Porter, director of Arizona State University’s Kyl Center for Water Policy at Morrison Institute.

“That used to be ‘excess’ water, which Arizona banked and had other uses for. And now it’s being committed to Lake Mead,” Porter said.

She said the drought-contingency plan helps the situation by laying out a collective response if the reservoir drops again.

“One good year isn’t enough,” Porter said. “No matter what happens, we are as of now in a better position to deal with the future than we were before the DCP was signed.”

The drought-contingency plans — one for the three Lower Basin states and the other for the Upper Basin states of Colorado, Wyoming, Utah and New Mexico — are designed to prop up the levels of Lake Mead and Lake Powell, the nation’s largest reservoirs, between 2020 and 2026.

Planet-warming pollution and rising global temperatures have increasingly affected the river. Scientific research has found that about half the trend of decreasing runoff from 2000-2014 in the Upper Colorado River Basin was the result of unprecedented warming. Higher temperatures have reduced the flow of streams and increased the amount of water that evaporates off the landscape.

Arizona gets nearly 40% of its water from the Colorado River. The state's plan for divvying up the water cutbacks under the Drought Contingency Plan involves deliveries of “mitigation” water to help lessen the blow for some farmers and other entities, as well as compensation payments for those that contribute water.