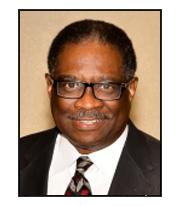 Kerwin Brown brings considerable experience with over twenty years in marketing and business development. He has held numerous sales, management and business development positions in the insurance, banking and investment industries. He managed the development of the in-branch retail brokerage program for Wells Fargo Bank and managed sales and marketing for a national, community bank program for Transamerica Life Insurance Company.

Former President and CEO of The Black Chamber of Arizona and Treasurer and Western Regional Director for the United States Black Chambers, Inc, Kerwin now is part of K-Vaughn Consulting. Notable is his involvement as a board member with Take Charge America, board member for Tanner Properties, Inc. and board member for The City of Phoenix Residential Investment Development Effort, as well as a board member for the Phoenix Police Foundation. Kerwin has been appointed by Phoenix Mayor Greg Stanton to sit on the Phoenix Transportation Committee and appointed by Governor Janice Brewer to the Arizona Commission of African-American Affairs.

He has received numerous awards including the Community Partnership Champion's Award from Magellan Health Services, he was awarded Community Leadership Recognition from Pet Smart and The Phoenix Suns, he received the Leadership Award from Power of the Word Ministries and he was a 2013 Father of the Year Honoree for The American Diabetes Association.  Kerwin is also listed as one of the AZ Business Leaders in AZ Business Leaders Magazine.

Kerwin attended California State University Los Angeles and the ASU W.P. Carey Small Business Leadership Academy. He lives in Phoenix, AZ with his wife Laurie Mae and he is the proud father of three children.