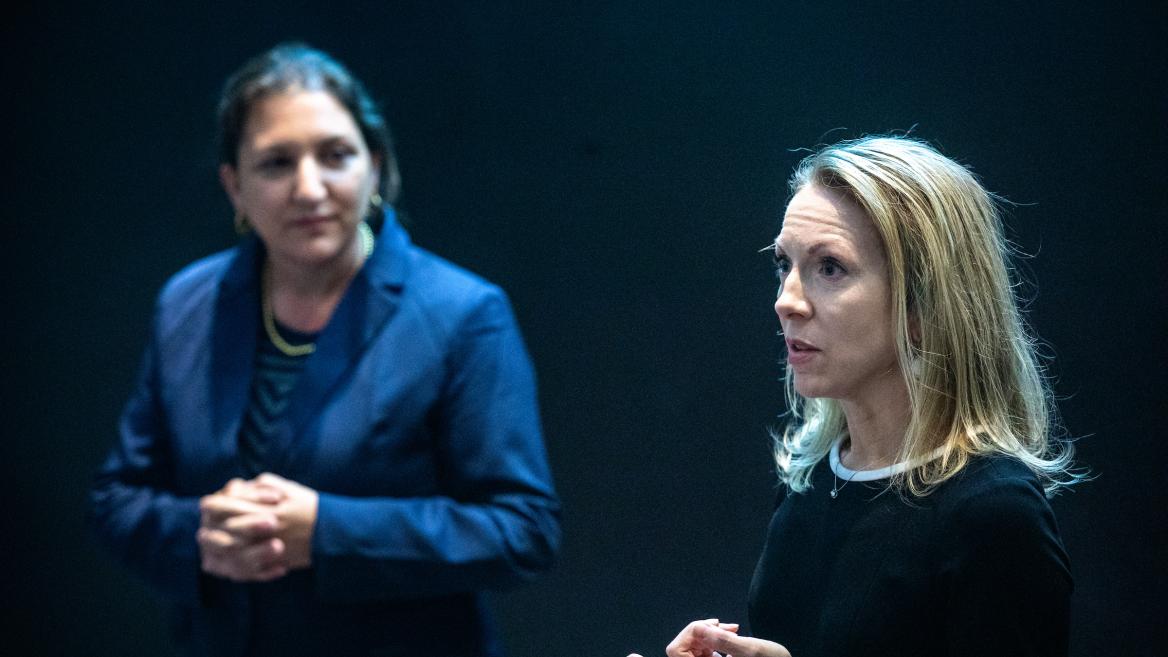 The human cost of expensive homes

Easing the problem of homelessness will require communities to build more affordable housing, and that will require creating a new narrative with people who oppose it, according to two Arizona State University experts.

“We need to get businesses, public safety, education and neighborhood groups on board,” said Joanna Lucio, associate dean of academic affairs and an associate professor in the School of Public Affairs.

She has researched community members who oppose affordable housing.

“We often say to them, ‘How can we assure you it won’t hurt you?’ Instead I want to say, ‘How can you be welcoming?’ ‘What do we need to do to create a community here?’”

Lucio spoke at a talk titled “Who Are Our Neighbors in Need? Homelessness and Affordable Housing in Our Community” at the Arizona Heritage Center in Tempe on Tuesday.

She addressed the issue of affordable housing, while Melissa Kovacs, associate director for research at the Morrison Institute for Public Policy, gave details about homelessness, which has increased.

Every January, volunteers spend a night counting people who are experiencing homelessness in shelters or on the streets, called a “point-in-time census.”

A map of the Valley showed a dot for every person experiencing homelessness.

“I think the message here is that they were spread all around the county,” Kovacs said. “They were essentially everywhere they could be sleeping.”

In a survey of clients at the Human Services Campus in Phoenix, 40% said they were in debt, but 40% have a regular income. More than a third said they had been attacked or beaten up.

“Violence is a part of the life of experiencing homelessness,” she said.

Lucio said that lack of affordable housing is one reason for homelessness.

“There’s a lack of supply: wait lists for subsidized units, not enough shelter space and little support for transitional housing,” she said.

“I’ve been studying this for 14 years, and it always comes back to this.”

The impact of homelessness is encampments in parks and public spaces, leading to security expenses for businesses and arrests for the people experiencing homelessness.

Many cities have passed “nuisance laws,” such as outlawing sitting on a sidewalk.

“Something I’ve been working on is this ‘othering’ effect,” she said. “People who are experiencing homelessness are our neighbors. When we create nuisance laws, it’s dehumanizing — ‘They’re over there, and we’re over here.’”

Some communities have embraced permanent supportive housing, which also offers a lot of services. The city of Albuquerque, New Mexico, did so and saw spending on homelessness and incarceration reduced by 64%, she said.

Lucio has talked to people who moved into affordable housing that was set aside for them, and they felt out of place in their neighborhoods.

“I saw how that latent opposition affected them,” she said.

“I want to do more than just put people into housing. I want to create communities.”

This talk was in conjunction with the exhibit at the Arizona Heritage Center called, “I Have a Name,” a collection of black-and-white portraits of people living on the streets by art photographer Jon Linton. Linton included bits of his conversations with his subjects in the accompanying text. Eugene, 63, said that he had been on the streets for a third of his life and missed listening to music. Billie, 53, panhandled in Tempe and told Linton: “You know, I’m homeless, but I am still a human being.”

Top photo: Melissa Kovacs (right), associate director for research at the Morrison Institute for Public Policy, and Associate Professor Joanna Lucio, associate dean of academic affairs, discuss homelessness and affordable housing at the Arizona Heritage Center on Tuesday. They engaged the audience talking about the causes, demographics and solutions to the community problem. Photo by Charlie Leight/ASU Now