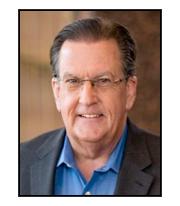 Grady Gammage, Jr. is a part time academic, a practicing lawyer, an author, a sometime real estate developer and a former elected official.

In his academic role, he is a senior fellow at ASU’s Kyl Center for Water Policy at Morrison Institute, his work focuses on urban growth and development, quality of life and local economic issues. He also teaches at the Sandra Day O’Connor College of Law and at the W.P. Carey School of Business.

As a lawyer, he has represented real estate projects ranging from master planned communities to sprawling subdivisions to high rise buildings.

He served on the Central Arizona Project Board of Directors for 12 years, and was President during a period of turbulence when the CAP was suing the Federal Government over the cost of the canal.

As a real estate developer, he built an intense, urban mixed use project in the City of Tempe which won three architectural awards and has been widely acclaimed.

His recent book is titled “The Future of the Suburban City: Lessons from Sustaining Phoenix” and is published by Island Press.