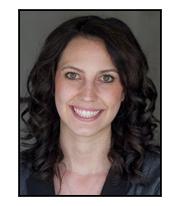 Erica Quintana holds a Master’s in Public Policy from the University of California at Los Angeles, and a Bachelor of Science in Family and Human Development with a minor in Psychology from Arizona State University.

She joined Morrison Institute in August 2016. Previously, Quintana worked as a senior auditor at the Arizona Office of the Auditor General in the Performance Audit division.