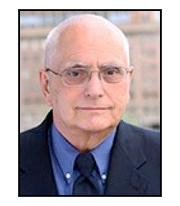 David R. Berman, Ph.D., Professor Emeritus of Political Science at Arizona State University, has produced 10 books, including four university press studies on Arizona government and politics, and over 70 published papers, book chapters, or referred articles dealing mostly with state and local politics in the United States. He specializes in the areas of intergovernmental relations and state and local government, politics, and public policy.

His work has been funded by contracts with the International City/County Management Association, the National Conference of State Legislatures, and by several research grants, including one from the National Endowment for the Humanities. Berman has also worked in conjunction with the Western States Budget group, affiliated with the Western Political Science Association, and with several local organizations, including the Arizona Town Hall.

With Morrison Institute, Berman has conducted or contributed to studies involving workforce development, state budgeting, legislative term limits, various voting propositions, Superstition Vistas, Pinal County governance, and Arizona’s Sun Corridor, among others. Some of his work has been funded by the Arizona Humanities Council.