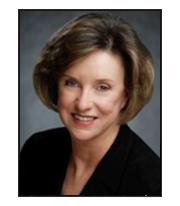 Betsey Bayless was appointed President Emeritus of the Maricopa Integrated Health System in 2013 after serving eight years as the state’s only public hospital system’s President and CEO. A Republican, she was Arizona Secretary of State from 1997 to 2002, appointed to fill the unexpired term of Jane Dee Hull and elected to a full term in 1998. For eight years she was a member of the Maricopa County Board of Supervisors, including two terms as chairwoman. She was director of the Arizona Department of Administration, acting director of the Arizona Department of Revenue, and assistant director of the Arizona Board of Regents. She is a member of the Greater Phoenix Leadership and numerous boards of directors including for TGen, Campaign Finance Institute, Fresh Start, the University of Arizona Foundation, and Arizona State University West Advisory Board. She earned her bachelor’s degree in Latin American Studies and Spanish from UA, a master’s degree in public administration from ASU, and an honorary doctorate degree of humane letters from UA.