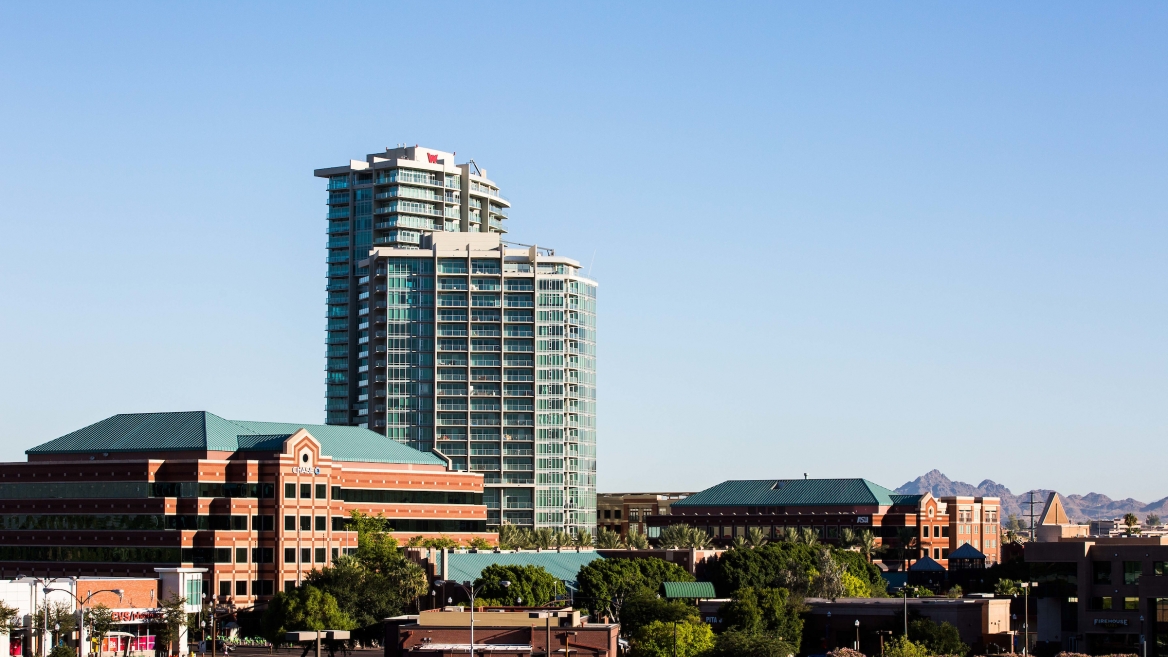 The COVID-19 pandemic is having tough economic impacts on Arizonans, with fewer work hours as well as job losses and furloughs, according to a new poll by Arizona State University.

About 80% of the 813 respondents said they are “very concerned” or “concerned” about both the economy and the health of their loved ones and essential workers, according to the poll that was conducted by the Morrison Institute for Public Policy at ASU in conjunction with the Arizona Republic.

“These data points are a snapshot in time,” said Andrea Whitsett, director of the institute, which is a nonpartisan center that researches policy issues such as education, health and safety.

The “Perceptions of the Pandemic and Its Effects” poll was taken April 24 to May 7, before the state’s “soft” reopening on May 8. More surveys will be needed to fully see the impact of the pandemic, Whitsett said.

“This is a rapidly evolving situation,” she said in a webinar that showed the results.

“But you look at this data and it invites further inquiry and qualitative research that can help us answer the ‘why.’”

More than half of the respondents who were working before the pandemic have experienced negative economic consequences: 27% are working fewer hours, 14% lost their jobs and 11% have been furloughed. Those most likely to be affected by furloughs and layoffs are in the 18–24 age group, those with lower incomes and those without a college degree. Five percent of respondents said they lost health insurance.

In one of the most interesting results, 16% of all respondents reported that they had missed a rent or mortgage payment, but among people in households earning more than $150,000, it was 35%. There could be several reasons for that, according to David Schlinkert, senior policy analyst for the Morrison Institute.

“Something we brainstormed as a team was that potentially, people are refinancing and not paying (the mortgage) for a month,” he said.

“This doesn’t ask if it’s a primary residence, so you could have individuals with multiple homes that aren’t paying, and you could also have people using rental properties in Airbnb and VRBO and if they have lots of them, they’re not paying rent,” he said.

Overall, more than two-thirds of respondents report that they have reduced their spending, and 40% say they are struggling financially due to the pandemic.

The survey asked more than 100 questions on a wide variety of topics. Other results include:

The overwhelming majority of respondents — 85% — say they are taking precautions to avoid catching and/or spreading COVID-19.

But 44% said they are upset that they have been forced to discontinue normal activities.

Overall, 38% of respondents reported that their mental health has suffered under the pandemic.

The highest percentages of people agreeing that their mental health suffered were those who identify as nonbinary, 67%; those with a household income of $150,000 or more, 58%; people who identify as LGBTQ, 55%; those in the 35-44 age group, 52%; those who have earned a master’s degree or higher, 51%; and people who live in urban areas, 48%.

Nearly 20% said they used telemedicine for the first time since the start of the pandemic, and 84% of those people were satisfied with it.

About 23% percent of respondents did not work from home before the pandemic but were doing so when they were polled, while 31% were still going to their place of employment as usual.

Also, 60% of all respondents believe teleworking is effective and 55% believe it should continue, although 55% also believe it reduces important personal connections.

More than half of the respondents — 57% — agreed that the November general election should be conducted by all-mail ballot.

The poll, taken before the state started reopening May 8, found some hesitation in immediately going back out.

Of the respondents who are American Indian or Alaska Natives, 29% said their tribal government’s response was “excellent” or “good.”

Three-quarters of respondents say they have the necessary technology for their children to fully engage in learning, and two-thirds say their children are doing so. About 57% are satisfied with the educational opportunities offered by their school, but 53% worry their children will fall behind.

There were some differences by political party.

While overall, 33% of respondents agreed with the statement that people are overreacting to the pandemic, the breakdown by political party was: Democrats, 25%, Republicans, 41%, Green Party, 75%; Libertarian, 50%; unregistered, 31%.

Republicans were more likely to agree that the damage to the economy is worse than the impact on public health: 63% compared with 41% of Democrats and 50% overall.

Democrats were more likely than Republicans to agree that the November election should be done by mail: 74% compared with 45%.

And there was a wide split on agreement with the statement, “The U.S. should provide health coverage for all citizens:" Democrats, 81%; Republicans, 36%; overall, 61%.

Men are more likely to agree with the statement, “I think people are overreacting to COVID-19:" 41%, compared with 25% of women. Overall, 33% of respondents agreed.

Men are more likely to agree that they’re upset that they’ve been forced to discontinue normal activities: 49% compared with 39% of women.

Men are also more likely to agree that the damage to the economy will be worse than the impact of COVID-19 on public health: 56% compared with 44% of women. Overall, 50% of respondents agreed with that statement.

Affluent Arizonans had differing views about the pandemic. Of people in households earning more than $150,000:

• 56% agreed that people are overreacting, compared with 33% overall.

• 62% are upset at being forced to discontinue normal activities, compared with 44% overall.

• 88% in this group say their children are actively engaged in learning compared with 53% of those with household incomes below $25,000. Yet 87% of the wealthiest group are concerned that the pandemic’s disruption will decrease their children’s likelihood of graduating from high school, compared with 43% overall.

More than half the respondents — 53% — say they are cooking more during the pandemic, while 28% are exercising more.

About 19% have increased charitable giving, 28% are helping neighbors more frequently and 29% are supporting small businesses.