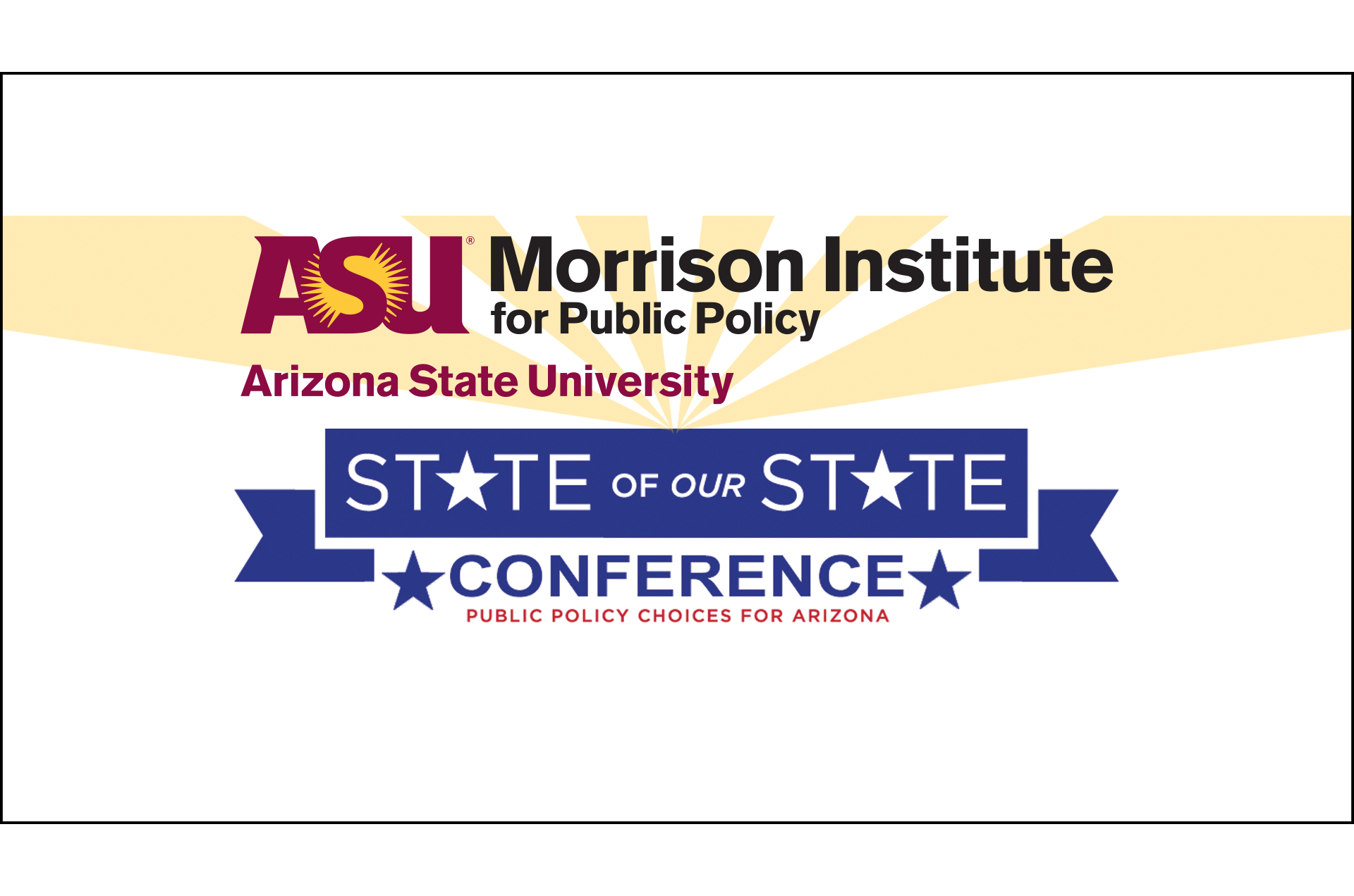 The three were honored at this year’s State of Our State Conference, the annual signature event of Morrison Institute for Public Policy at Arizona State University.

“All three individuals stand as accomplished leaders and true visionaries in their own right. Collectively, as ambassadors of Morrison Institute, we hope they’ll be even more effective in their continual effort to improve Arizona through policy, deeds and action,” said Thom Reilly, director of Morrison Institute.

Reinstein, Lewis and Aguirre join eight other Morrison Institute Distinguished Fellows, a honors program created in 2012 to recognize and utilize the institutional knowledge and innovative thinking of Arizona leaders. 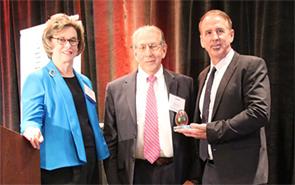 Reinstein retired in 2007 as a judge of the Superior Court of Arizona after 22 years. He now works as a judicial consultant for the Arizona Supreme Court and was appointed by the chief justice as the director of the Center for Evidence Based Sentencing. Appointed to the bench in 1985, he served as the presiding criminal judge from 1990 to 1998, and as the associate presiding judge of the court from 1998 to 2000. Prior to his appointment he was a Deputy Maricopa County Attorney from 1974 to 1985.

Reinstein is the Chair of the Supreme Court Commission on Victims in the Courts, the Supreme Court Capital Case Oversight Committee, and the Arizona Forensic Science Advisory Committee. He is also on the faculty of the National Judicial Education Program for Adult Victim Sexual Assault Cases. He recently was inducted into the Maricopa County Bar Association Hall of Fame.

Reinstein has served as a featured panelist at Morrison Institute forums related to criminal justice issues. 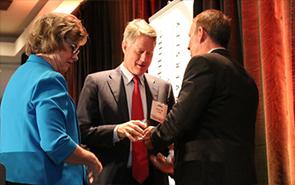 Lewis (center) with Bayless and Reilly

Lewis is president and CEO of East Valley Partnership. Prior to that role, he served as mayor of Gilbert from 2009 to 2016.
Lewis’ earlier community involvement includes serving as co-chairman of the Town’s Diversity Task Force, organizer of Community Interfaith activities, and founder of Gilbert’s first “Constitution Week.”

He has more than 30 years of private sector business experience including 20 years with Apollo Group and nine years with Ernst & Young. His assignments have included information technology management, leadership development, and management consulting. 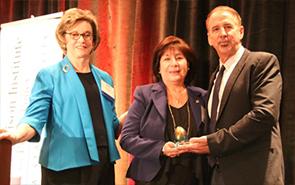 Aguirre (center) with Bayless and Reilly

Aguirre established a licensed post–secondary vocational program in the area of allied health training, which has generated job opportunities for over 600 individuals. She also worked for Arizona Western College as the South Yuma County Campus director.
Aguirre, who has lived in Yuma for the last 28 years, in 2003 became the first female and first Hispanic to represent District 24 (now Legislative District 4) in the Arizona House of Representatives and in the Arizona State Senate (in 2006), where she served until 2010. During her time in office, she had success passing key bi-partisan legislation.

Aguirre has worked closely with Morrison Institute and currently serves on its Citizens’ Initiative Review Advisory Board.