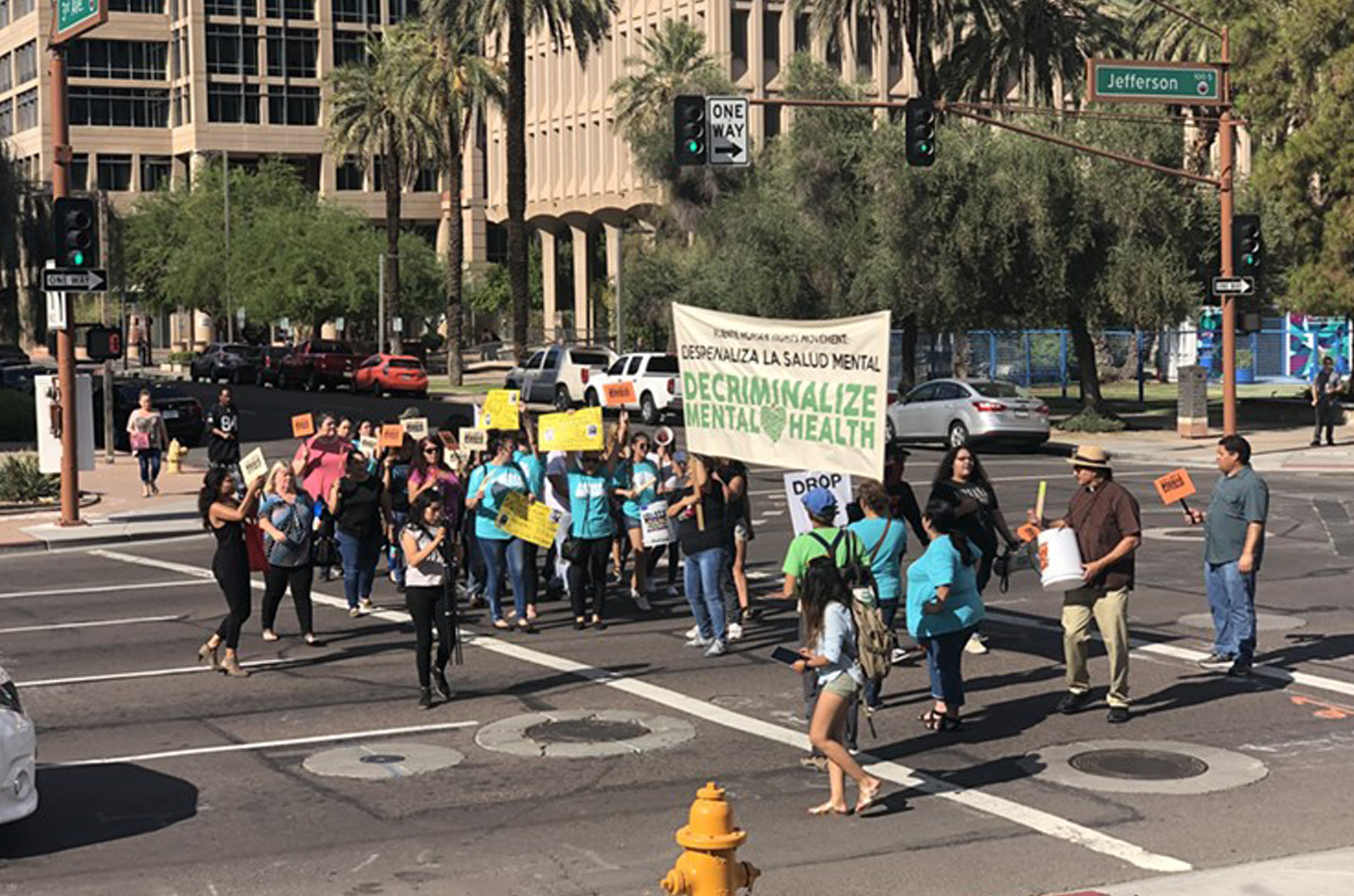 A case study in the Phoenix New Times investigates the real-life argument of advocates for juvenile justice who acknowledge that punitive measures do little to address root causes of violence, pushing minors further into a system ill-equipped to deal with developmental needs — at the expense of their health and future public safety.

There are an estimated 2,300 young people, the majority of them girls of color, in jail for status offenses. Statistics show that judges are more likely to incarcerate girls for acts that are only illegal as a minor, like breaking curfew, skipping school or running away. And these offenses are often rooted in the experience of abuse and trauma.

One in every five runaway cases overall is linked to past abuse, according to the Vera Institute of Justice, a nonprofit research and policy organization dedicated to national justice system reform.

Adobe Mountain School, the Arizona Department of Juvenile Corrections’ last secure prison for children, has long come under fire for its inability to provide adequate mental health services for minors.

Inside Adobe Mountain, therapy programs are delivered by trained staff five days a week, according to AJDC policy and Kate Howard, AJDC spokesperson. All programs provide cognitive behavioral therapy for a range issues, Howard said, like negative thinking patterns and anger management. The Temporary Stabilization Unit, which is operated by a licensed mental health clinician is intended to de-escalate juveniles in crisis who are an imminent risk of injury to themselves or others.

A January 2016 report from the Children’s Action Alliance and Morrison Institute for Public Policy at Arizona State University cautioned against using the facility for mental health services, and a 2017 investigation by the New Times found that some children at Adobe simply were never sent to the mental health unit, even after threatening suicide and reporting hearing voices.

Criminal justice officials need to create better ways to cope with juveniles who have had a history of trauma, according to one of the country's leading experts on the issue, Rebecca Epstein, executive director of the Georgetown Law Center on Poverty and Inequality and co-author of a groundbreaking 2015 report on sexual trauma and juvenile justice.