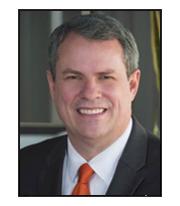 Guldner is responsible for leading the company’s regulatory and government affairs activities at the local, state and federal levels. As general counsel, he also oversees all facets of the company’s legal affairs.

Prior to joining APS in 2004, Guldner was a partner in the Phoenix office of Snell & Wilmer LLP where he practiced public utility, telecommunications and energy law. His practice focused primarily on utility rate and regulatory matters, including rate cases, power plant and transmission line siting, complex energy project finance and utility mergers.

Before practicing law, Guldner served in the United States Navy, and was an assistant professor of naval history at the University of Washington.