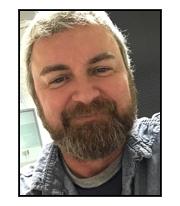 Ed Spyra is a Graphic Designer/Art Director who earned much of his professional experience in Los Angeles.

Upon completing his degree, Spyra moved to Los Angeles where he spent much of his career designing CD & DVD packaging, as well as accompanying promotional collateral materials such as posters, in-store displays, brochures and catalogs for strategic marketing. This included editing and writing press releases, handling public relations with various media outlets and managing artist events and appearances. His initial journalism experience proved invaluable.

With over 400 CD & DVD credits, a commitment to excellence in aesthetic design, and a member of the National Academy of Recording Arts and Sciences, Spyra was selected to serve on the Craft Committee for the 2007 Grammy Awards.

Spyra achieved further experience in marketing and branding while servicing various businesses and organizations, including a wine importing company for which he established an identity for point of sales and fulfilled marketing requests from a 72-member sales force and multiple vendors across the U.S.

Spyra is proud to share his experience and artistic styles as a staff member of Morrison Institute for Public Policy at Arizona State University.