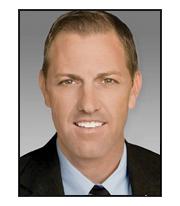 Maricopa County Board of Supervisor Denny Barney, a sixth-generation Arizonan and a successful business owner, has been named president and CEO of East Valley Partnership, effective June 1, 2018. He was elected in 2012 to the Maricopa County Board of Supervisors, serving as Chairman in 2014 and 2017. He is a principal in ARCUS Private Capital Solutions, a specialized realty investment and finance company. He is on the Board of Directors for the Greater Phoenix Economic Council (GPEC) and the Maricopa Association of Governments (MAG) Regional Council. He previously served on the Maricopa County Planning and Zoning Commission and on the Board of Health. His community involvement includes the Mesa United Way Board of Directors, ex-officio director of the East Valley Partnership and a former member of Greater Phoenix Leadership. He is a past president of the Mesa Baseline Rotary club and has served on the boards of the United Food Bank, Arizona Board of American Indian Services, Commission on Excellence in Education, and various Banner Health advisory boards. He earned his law degree from Arizona State University.